The show’s innovative format features four stages of competition: the first begins with the Blind Auditions, then the Battle Rounds, Live Cross Battles and the Live Performance Shows. Additionally, “The Comeback Stage” offers six artists, who were previously eliminated, a chance to compete in the Live Shows with help from Grammy-nominated artist Bebe Rexha.

NBC’s The Voice follows the strongest vocalists from across the country and invites them to compete in this season’s blockbuster vocal competition.

The Voice will return on Monday, May 6 at 8 p.m. EDT with performances from the Top 13. You can watch it live on NBC, or catch up the day after it airs via Hulu or NBC.com. 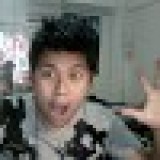